Based in Paris, France, Alexis aka Aleqs Notal is a French DJ and producer specializing in House Music. Born in the 1980’s in the Paris suburbs, this huge underground music enthusiast, originally coming from the Hip-Hop scene, is well accustomed to the big stages and could already be found behind the decks in the mid- 2000’s. The variety of formats that he fawlessly conveys music through is dominated by a predilection for vinyl records, which he has been collecting since a very young age. Alexis belongs to a generation of artists building on over a decade of experience in their feld.

Combining infuences from Detroit and Chicago, the sound that defines him reflects his early and endless fascination for the sharpest percussions. The always widening range of inspirations Alexis puts forward bears witness to the fruitful musical exploration he has been passionately leading over the years. From the most soulful House anthems to the darkest Techno rhythms, via the fundamental genres of disco, funk, jazz and soul, the possibilities are endless.

Coming from the Hip-Hop scene, Aleqs Notal is no stranger to huge live performances. He was awarded as a World Champion Turntablist by Red Bull in 2010 and has become a master in the art of making people dance by bringing his own vibe when behind the decks. He shared the stage with some of the most renowned legends DJs and producers like Larry Heard aka Mr Fingers, Jazzy jeff, Moodymann, Patrice Scott, Mike Huckaby, Mood II Swing, Honey Dijon, Point G aka DJ Gregory, DJ Nu-Mark, DJ Jus-Ed, Mike Servito, Jenifa Mayenja, Aybee, Vakula, Shanti Celeste, Kyle Hall, DJ Fett Burger…

Member of ClekClekBoom Recordings since early 2010, he has been carrying out his activity of disc jockey through residencies at La Machine du Moulin Rouge and at the Rex Club. Alexis has also gained a great visibility on Paris scene thanks to recurring shows at renowned clubs like Concrete or 6B. The word is also spreading worldwide with frequent shows on Rinse France. Following that, his busy agenda has already seen him play at venues like Panorama Bar, Tresor, Fabric London, Piknic Electronik in Montreal, or touring Asia (Contra/Cakeshop/Pistil in Seoul, Taipei Taiwan…).

Beside his technical mastery as a DJ, he has taken time to sharpen skills in music production, giving a mature and distinctive shape to his musical identity. More than ten years after he started live shows, 2014 saw the release of his first extended project on CCB Recordings: the A.E.T. EP (Ancient Egypt Theory). Bringing a raw yet lunar House sound with a seizing analogic feeling, he expresses that hybrid identity through involvements in the Paris Club Music compilations and confrms his position among the most promising producers in the hexagon. After releasing the deep and powerful EP “Disparity” on the American imprint Finale Sessions in early 2016, 2017 saw Aleqs Notal’s affirmation on the international scene with “Ascending Nodes”, on Patrice Scott’s imprint Sistrum Recordings.

He music is played by some renowned DJ and producers like Alexander Nut, Marcellus Pittman, Joe Claussell, Benji B, Volcov (Neroli) and many more…

In 2018 he bring some more news, with two new releases. « The Paris-Lagos Soundscapes » out on Phonogramme Records, a new soulful, percussion and African-music oriented EP recorded between Lagos, Nigeria and his hometown, Paris. After this release he did a show in June 2018 at the New Afrika Shrine in Lagos, Nigeria with the percussionist ”Wura Samba” and became the first French Dj who played in the Fela Kuti ‘s Shrine.

In addition to this releases and still in the same Notal’s vibe, he did an EP called “Doin’It/ Slow Down Sonance” on Visions Recordings in November. In January 2019, a new EP called “Insideus“ is out on Molly’s label RDV Music. Don’t miss this one ! 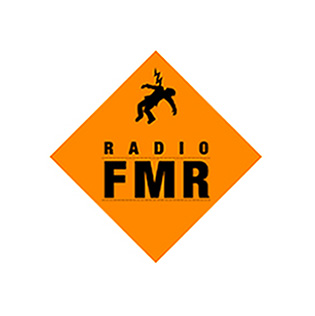 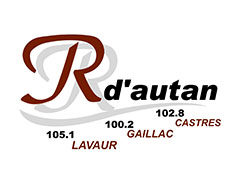